If we go public these mods will be limited. The limitations will probably include some parts of the mods, being unavailable, and some of it being limited to respected players.

Since these mods include alterations to world generation, we felt it was best to generate a new world. This new world has been dubed Meronia (by FJ). We did however keep the spawn area from Gorean. Lastly if you still follow the server, and would like to enter (In a sort of closed beta thingy :/), please message Mr_FJ, or send an e-mail to: [email protected]

- Rynotamer (75% of this post was edited and corrected by Mr_FJ, because Rynotamer is an idiot ;))

I'm sorry if you didn't want the old world erased, I was very much in doubts about the decision myself... Ultimately I think it was the right choice. If you had/have a big project that you REALLY want to save, please message me and we can talk about moving it over

Here's a picture of the town at spawn town, and a bonus picture (In game!):

I am a failure.

Not much else to say, if anyone is actually still reading this, I aplaud you for your dedication... The server is not dead, but it's not fully alive either. Right now it's more like a zombie... As long as I don't get bored of Minecraft (Not likely to happen soon) I won't let the server go... I'm just not good at self diciplin. IF anyone is still listening... Feel free to post your opinions on adding a few select mods.

To be perfectly honest, I'm really busy with my final examns, and worying about my final examns. ("College") So I can't focus on doing anything server related, not even playing

But when summer hits, and I'm don with school... I will definitely work on the server.

Right now, craftbukkit is being annoying, and I'm still trying to figure it out 100% (With plugins and such)

In the meantime, me and a few other admins have been working on something that was started way back then. Here are some teasers from the adventure that will be at spawn: 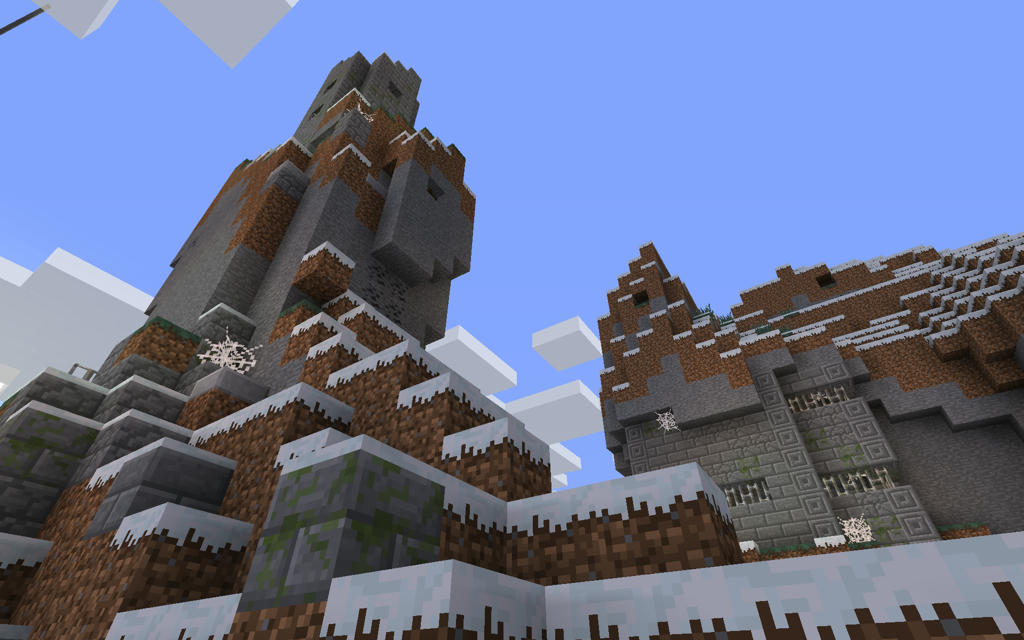 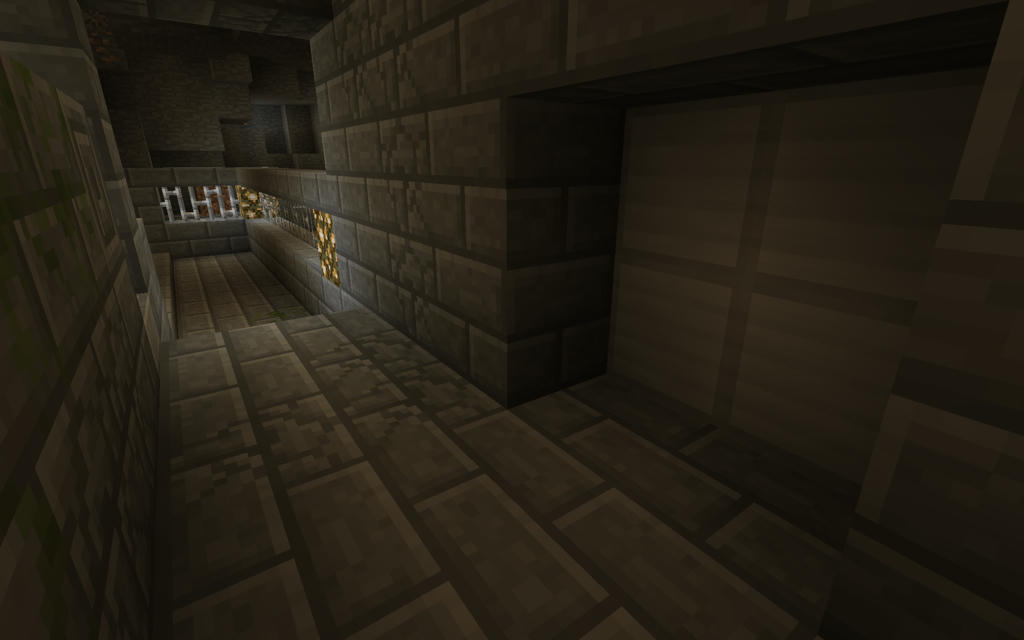 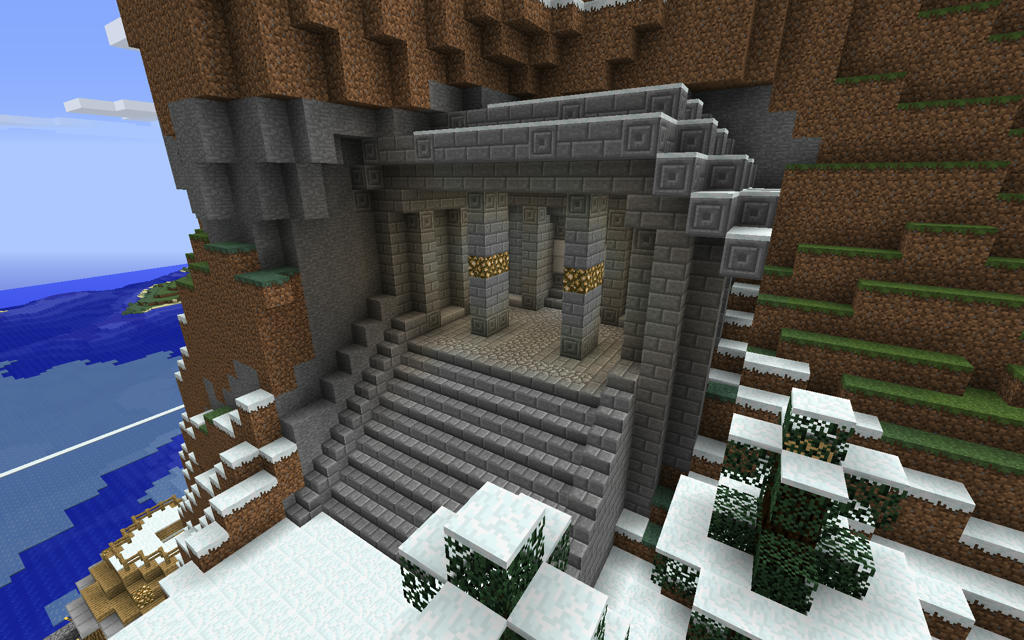 That's all the teaser you get for now

The adventure will be pretty long, and most of it, should be redo-able, after someone has completed the adventure.

And now for something completely different. We've been sampling some road types, to figure out what the standard road type should be on the server. Here is a picture of us going nuts trying all kinds of different combinations. Let me know which one(s) you like: 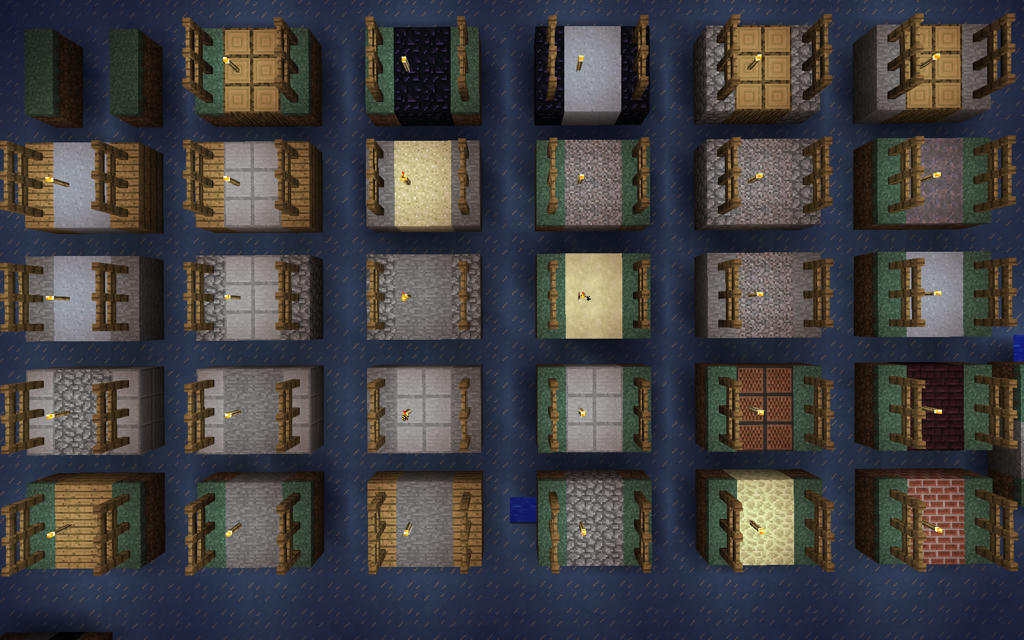 We also sampled some lamps for the roads, again let me know which one(s) you like: 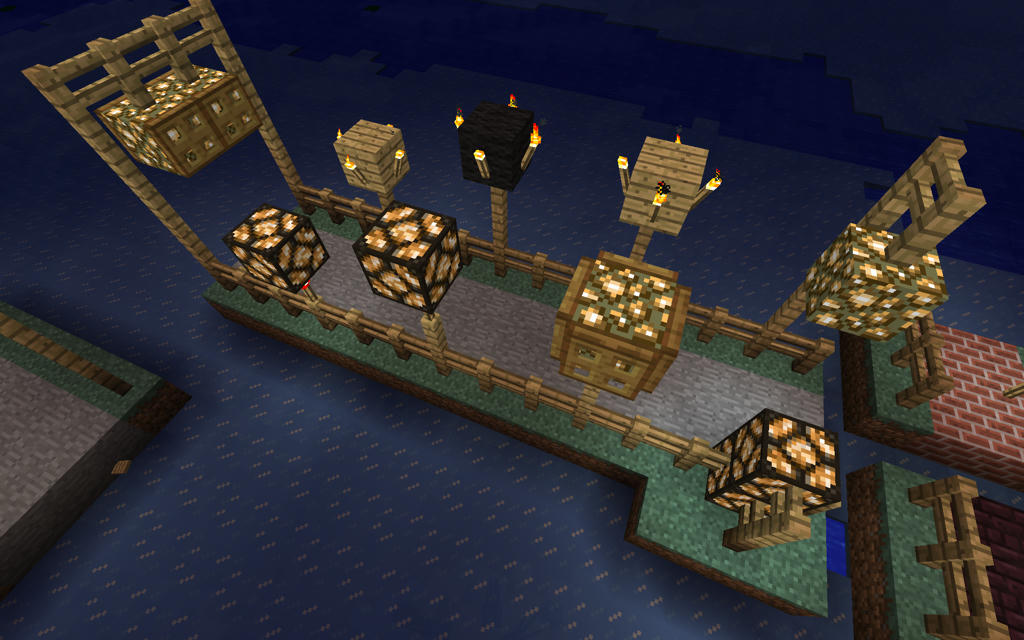 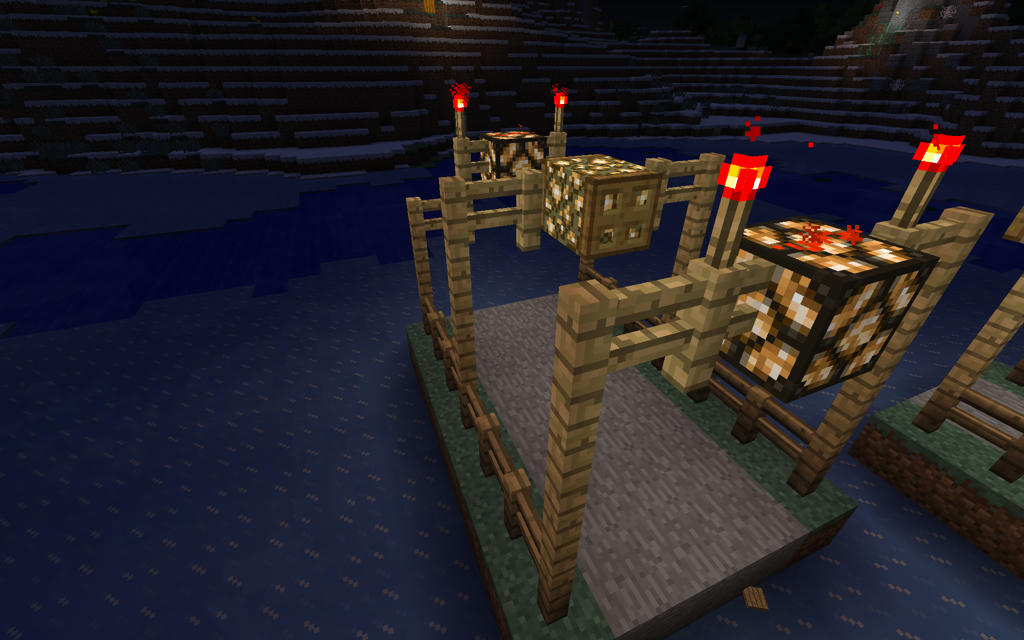 Meanwhile, behind the scenes, I'm trying to decide on wether I want some specific plugins to be on the server, and keeping a close eye on the bukkit forums. I'm also busy with some pre examns in school, but it's not too much for me to handle both things. The server WILL go up again. Soon(tm).

I'm sorry I've been neglecting all of you for so long, I don't have a good excuse, other than personal life, and craftbukkit sucks. The server is not dead forever, I will make it work again, when I, or my friend, have bought a new router... Hopefully soon

Update on status of the Server.

Hello, my fellow players of the server. Sorry the server has been down so long, but with the 1.0.0 update of minecraft, craftbukkit taking so long to update, along with the difficulties of installing craftbukkit and optimizing the server on a Linux machine. Plus personal delays have come up. All these things have just added up into the downtime of the server. But do not fret, expect new and great things, Less lag, more uptime, and some other exciting stuff. Oh we also have a new map if you did not know.  With all that said, expect the server to be up in the next few years...lol

By the way: Who is still here Please write in the comments if you are one of the lovely few people still with with us and our server. Thank you for the patience <3

Basically, my real-life friend (Hypermx), is lending a server computer from his workplace, free of charge. I'm then lending it from him, free of charge

I orignally intended for the server to be up two days ago, but due to technical issues, and other stuff, it won't be up again, until crafbukkit has been updated for Minecraft 1.0

Added a server version line, to the server status box, on the right --->
Check it out!

"It's the little things in life that make a big difference" - A bunch of people, probably said that.

While waiting for Craftbukkit and descisions...

Now, Craftbukkit takes time to update for 1.8 - Follow the progress here: http://twitter.com/#!/Craftbukkit
MEANWHILE! Let's have some fun. Join the server and play around. Do whatever you want

By the way: Who is still here

Please write in the comments if you are one of the lovely few people still with me and my server. Thank you for the patience <3

Saw this when I spawned in a new minecraft world I made: 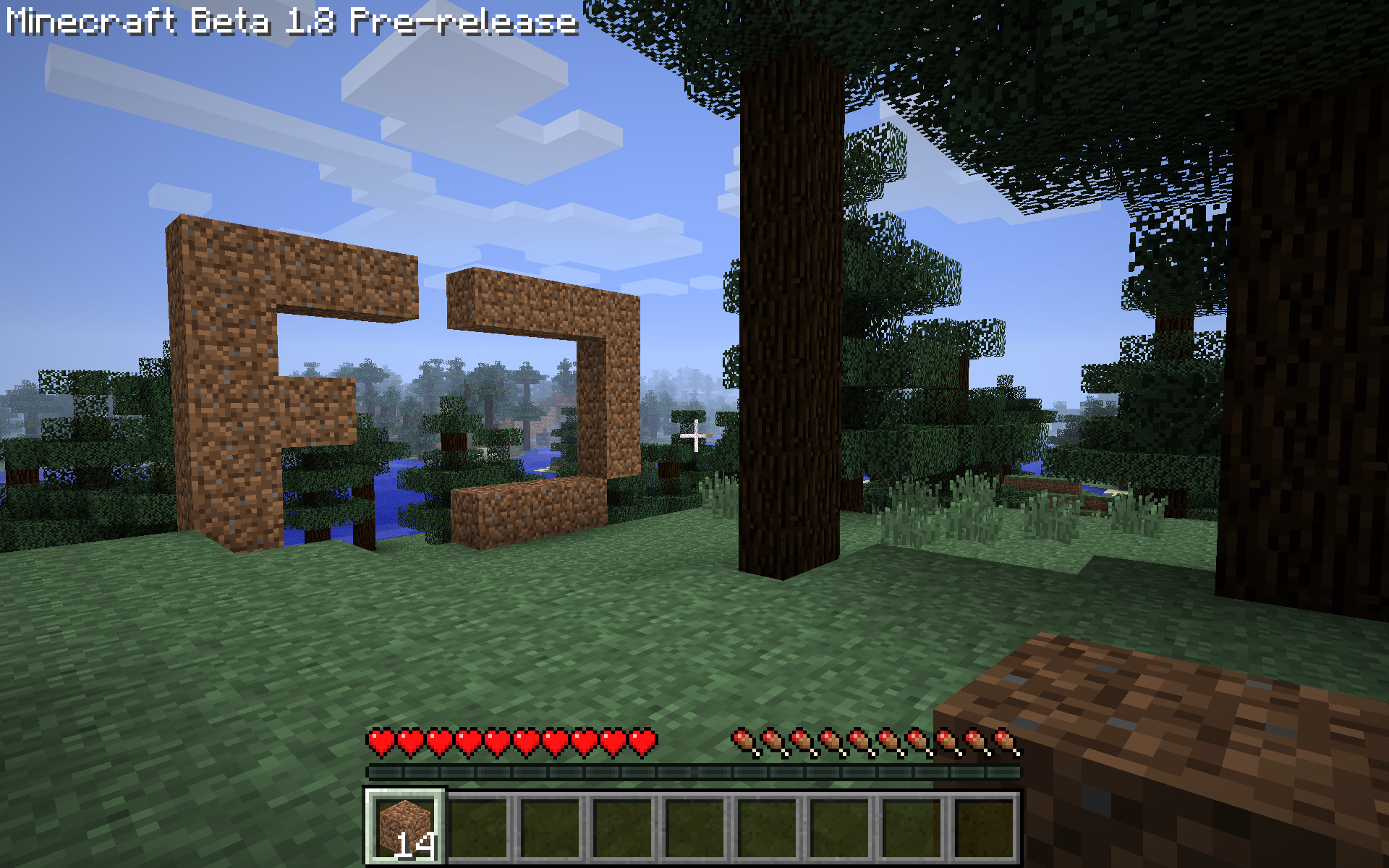 Reminds me of Grizzly Hills in WoW

This reminded me of the Shire, not sure why: 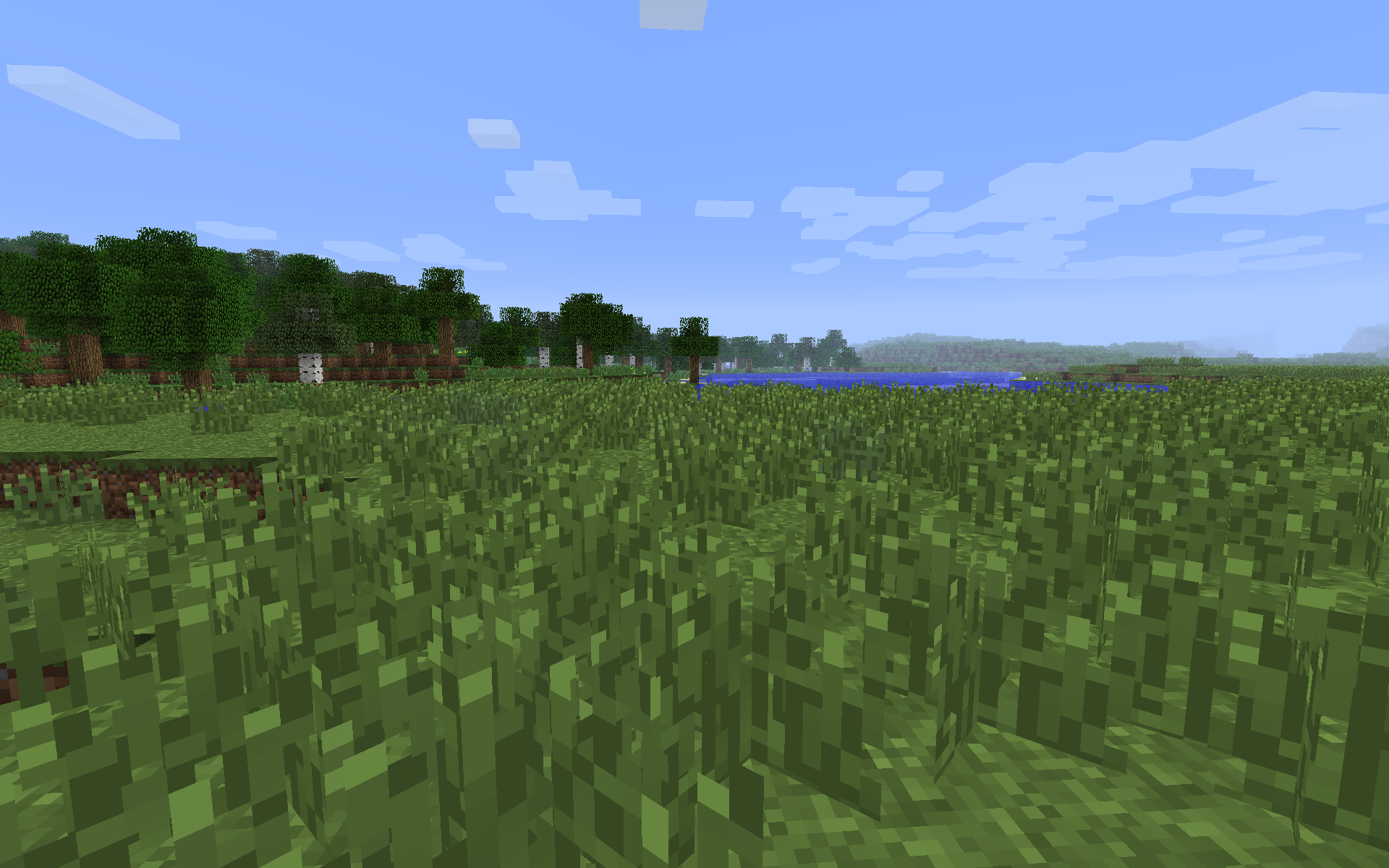 Guidelines for moderation. In game, and on these forums.
by Mr_FJ over a year ago

Ariyun Memorial Transit System
by Mr_FJ over a year ago

Airship
by Rynotamer over a year ago

Hello?
by Rynotamer over a year ago
More...

Start a Free Blog at Webs.com